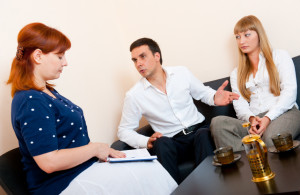 Mediation is one of the most frequently used ways of negotiating a divorce settlement. It is an alternative to the formal process in a divorce court. During divorce mediation, both parties to the divorce together with their attorneys meet in the presence of a court appointed third party. The mediator assists the parties in making decisions regarding the divorce settlement. The issues covered during the divorce mediation Naperville process include division of assets and liabilities, parenting and child/children custody, child support and maintenance, taxes, and retirement. In Naperville Illinois, it is important to identify and careful consider well developed divorce mediation services.

Couples Save Money When They Use Divorce Mediation Naperville Services

There are numerous advantages of divorce mediation. To start with, mediation is cost effective. It will obviously be less expensive than litigation. It should be noted that litigation requires more time, formal and rigorous procedures, and involvement of several parties. This makes it more expensive. In addition, the fact that there is only one mediator saves expenses that are associated with a number of people working on a specific case. Generally, the cost of divorce mediation is 40-60 % lower than litigation.

Second, divorce mediation saves time. This is because it sidesteps the formal process of a divorce court. In addition, if both parties are willing and able to come to a quick agreement, there are no external factors that stop them from reaching fast decisions. Furthermore, couples are at liberty to narrow down their options to a few workable ones that will save time. If the couple is in good communication, and does not harbor animosity towards each other, then the divorce mediation process takes even less time.

Third, divorce mediation has positive effects on the children who are involved. Since it is less stressful than litigation, it promotes a peaceful time during the settlement. Children do appreciate seeing their parents constantly cooperating even during the time of conflict and disagreement. Divorce mediation promotes cooperation between both parties. Consequently, the mediator often awards joint custodies, a thing that is paramount in the healthy growth and development of children. Furthermore, children benefit from a continued future with both parents. Generally, parents retain more control over their children’s interest than they would in a litigation process.

In conclusion, divorce mediation Naperville process has more advantages than litigation. Mediation is a less stressful and more beneficial course of action than divorce court. The suspense of a looming divorce is never a pleasant experience. To others, the experience of appearing before a judge is terrifying as well as stressful. A fast resolution is paramount for all the parties which can be achieved through a divorce mediation. .