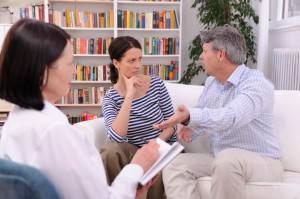 Learn more about what mediation Northbook is and how it works.

In order to solve disagreements after the breakdown of a relationship, most of the times you will need to consider a mediation Northbrook service. In the last few years, it seems that this has become one of the most popular and most effective ways through which you can solve family related problems. Compared to other methods, this one doesn’t involve going to the court, it’s cost effective, confidential and also quite fast.

What Is Family Mediation? Family mediation refers to the resolving of family disputes which is generally the case when a couple decides they should live separately or when the couple divorces. In such cases, trained mediators will be called in to solve the differences between the members of the couple, acting as a third party and helping with solving disagreements, but also assisting in conciliation. There are plenty of matters which can be addressed while calling in a mediation Northbrook professional and they can cover many subjects. They range from issues over arrangements regarding children and finances and all the way to possessions and properties. On top of that, these services seem to be used very much in order to resolve family arguments, issues regarding the right of grandparents to contact with grandchildren, disagreements over seriously ill relatives or elderly and disputes between children and parents.

Mediation Northbrook: What Does the Process Involve?

The nature of the dispute can range quite a lot and regardless of what it is, a mediation Northbrook service will offer a cost effective and simple solution for resolving such disagreements. The process will begin when each of the conflicting parties agrees a third party (the mediator) to help them out sort their differences. After they decide, they will have to meet with the mediator everyone has previously agreed upon and the problems each party has will be discussed thoroughly. So basically, both parties involved will discuss their needs and why they don’t agree on certain things and the mediator will ensure each party is heard fairly and full. One thing to note is that mediators cannot make decisions on behalf of any of the parties involved. He is there only to ensure the negotiation is going in the right direction. In general, people who agree to using a mediation Northbrook service will reach an amicable settlement without having to go through the court and consider other efforts, like a regular settlement would involve.

There are many benefits people will get when considering a mediation Northbrook service. For instance, comparing this with the process of litigation, everyone knows it’s time consuming, stressful and expensive, but mediation is not. On top of that, mediation is fast, with meetings that last between sixty and ninety minutes and generally, the number of meetings is influenced by the severity of the conflict. Cost is yet another advantage compared to going to court, which is extremely expensive. Mediation services all info regarding costs, so you know exactly how much you need to pay. Last but not least, considering a mediation Northbrook service, you will benefit from confidentiality and also manage to reduce conflict. The latter is very important if children are involved.