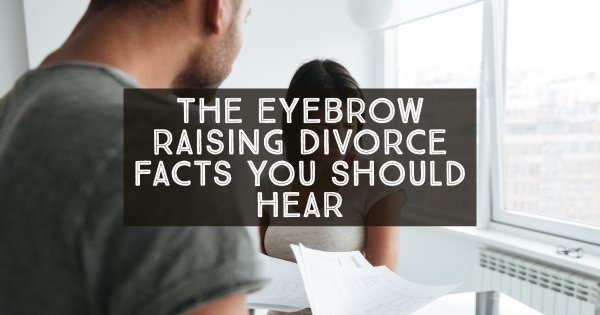 Sometimes, divorce is impossible to avoid. While you can potentially make your split more amicable through divorce mediating sessions, there will almost inevitably be something that surprises you during those proceedings. Part of this surprise may be linked to the fact that many people don’t understand how divorce works. Divorce is shrouded in mystery and rarely discussed in the United States, even though it is much more common than it once was, with one divorce occurring about every 36 seconds. With that in mind, let’s look into a few of the things you should know about divorce and how they might surprise you.

1. The More You’re Married, the Higher the Divorce Risk Becomes

2. Living Together First Isn’t A Risk

We do want to dispel another myth, which may surprise those from more traditionalist backgrounds. While it’s commonly believed that people will be more likely to get divorced if they live together first, there is no link between premarital cohabitation and a raised risk of divorce.

No matter why you’re divorcing, consider divorce mediating sessions. They could make the process simpler in the long term.