As a mediator, I work a lot with divorcing, separating and never married couples who, for the best interests of their children, must agree on a child support amount that makes for both of them. In IL, where I practice, child support is based on a straight % of the payers “net” income, the more children you have, the higher the percentage will be. Every state has their own way of determining child support amounts.

One of the goals of a good mediator is to make sure the final child support amount, no matter if itâ€™s the “guideline” of your state or a deviation, is decided up and agreed to by both parents.Â  The buy-in, especially from the payer, is the #1 key to avoiding the question posed in the title to this article,â€ Why don’t people pay”?

Why don’t people pay child support? – Because they do not see the value in it, that is why. Chances are, no one has taken the time to work with them as to what child support really means, how it is determined and its benefit to their children. How would you like to be told what to do by people you do not know (judge, your attorney), especially when it come to your hard earned money? 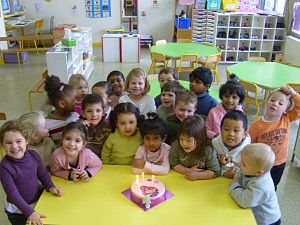 Even in a peaceful and amicable divorce, child support sometimes becomes an issue. Giving money to your soon to be ex, and not having a say as to how it will be spent, is not strong motivation to ensure payment on a monthly basis.

When working with post â€“divorce couples who are having child support problems, I have found that many of their problems typically arise due to their never being any â€œbuy-inâ€ as to the original child support amount. More times than not, this is due to attorneyâ€™s and/or judges telling people what they are going to pay and receive without ever explaining what went into determining the amount. As I stated earlier, in Illinois, we go by a % based on the number of children. Nowhere does it state what exactly the money is going toward or how the receiver has to use it toward.

As a mediator, I am passionate in making sure any agreed upon child support amount stands the test of time and is paid in the exact same way as it was agreed to in the original mediation sessions, no matter how many years ago it was. When a modification of the original child support amount is necessary (i.e. change in custody, significant increase/decrease in ones pay), there is a better chance of a mutual agreement, on a new amount, when the original amount was agreed to by both parents and has been paid on a regular basis.

As stated above, the â€œbuy-inâ€ to the original agreed upon child support amount makes any modification easier than those in which there as no â€œbuy-inâ€. Sadly, without the initial â€œbuy-inâ€, a peaceful resolution to a child support problem is hard to achieve. Even sadder is the fact that this also leads to the non or underpayment of monthly child support. Again, why would someone pay money to someone they may not like and have no idea where the money is going. Then, on top of that, they were never given a say as to the amount that would be paid. When child support is not agreed on by both parents, problems are more than likely to happen in more than just the payment of the child support. Custody and visitation issues, fights over payments of non-child support obligations and the children being used as â€œpawnsâ€ are more likely to occur.

No matter what you do to ensure that both parents are in agreement as to a child support amount, there are always going to be people who donâ€™t pay. The only thing you can do with people like this is to take them to court and have a judge deal with them. They have no care for what is right and the court is the only way to deal with them.