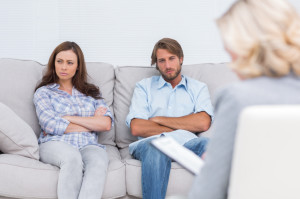 Divorce settlement Naperville can be described as a process where the couple that has signed up for the process sit down and discuss what is best for both of them. Here the couple meets up with a 3rd party who is neutral and can help with the discussions for divorce settlement Naperville. This is one of the ways that helps to end the marriage in the most cost effective and amicable manner possible. Some of the things that are discussed in the presence of the mediator include but are not limited to child custody and/or parenting time, distribution of property both assets and liabilities, maintenance/child support, taxes and retirements.

Sometimes it is quite easy to come into agreements regarding the matters above which helps the divorce settlement Naperville to move on fast without too many complications. There are times however when this will cause a huge headache and the mediator is supposed to step in and keep the couple focused so that they can reach a solution as soon as possible. Mediation is confidential and flexible. It gives the couple a way to solve their issues so that they can continue working well as parents even after the divorce agreement. This is essential for the couple that has kids as they will most likely communicate even after the divorce.

The mediator who works for this divorce settlement Naperville arrangement is not supposed to favor either of the party as he/she is supposed to be neutral. This implies that they cannot give advice to any of the parents whatsoever. They are supposed to remain in a neutral position until the entire process had been completed. He/she is however encouraged to help the couple comes up with ideas that will be used to solve their conflicts in the best way possible. You can sign a confidentiality agreement with the mediator so that the couple can discuss anything and everything without fear of being victimized.

Meditation is normally voluntary and it goes on as long as the involved parties want it to. This can be conducted once or twice a week, monthly or as the couple and the mediator deem fit. It is usually best to continue until all issues have been solved and everyone is happy to avoid complications in the divorce settlement Naperville process. On average it takes about 3-10 sessions to complete the meditation process. It is advisable to start with the issues that are not barred with too many contentions and finish with the problematic ones.

Divorce Settlement Naperville Services Are Inexpensive in Cost, Priceless In Saving You Time and Frustration

The divorce settlement Naperville processes solved by meditation are not very expensive. This is because an average case can cost about $ 3000 and takes about 3 months/90 days to settle. When compared with the average cost of litigated cases held in court which cost around $ 15,000 and can take up to 18 months to settle most couples are opting for the mediation process. The mediation option also has high chances of leaving all parties satisfied because most of the time the divorcing couple get what they want. This is also more private because anyone can just walk in on your divorce proceedings in court.